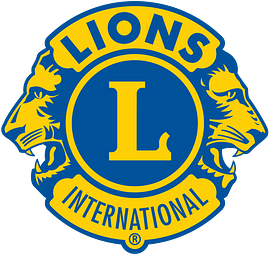 To carry out their mission of "We Serve," the Lions Clubs of District 33-Y of Western Massachusetts will purchase and operate an EyeMobile to provide a new level of service to their communities.

The EyeMobile will provide a vital service by facilitating the detection of:

Schedule the EyeMobile (District 33Y Clubs Only): go to

Lions Clubs all over the world are dedicated to help citizens preserve their vision and hearing. For the service-oriented group such as the Lions, conducting health screenings is a very grassroots way that we can have a direct and positive impact on our citizens, especially the elderly and children.

1998: VDG Art Thomas traveled MD33 as President of Lions Eye Research. He saw that 33A,N,K, and S owned and operated EyeMobiles and a Sightmobile.and wondered to 33Y why we didn't.

2002: DG 33Y Pam Hodgkins brought the EyeMobile project to an official vote of the District Cabinet in May 2003.

2002: DG 33Y Jean Martin I promoted the EyeMobile project within the District by inviting the brand new 33N EyeMobile to the Grand Opening of the new Basketball Hall of Fame for the Clubs of 33Y to see.

2003: PDG Pam and VDG Greg Prentice persuaded their Clubs to sponsor the 33N Eyemobile at the Cummington Fair and next at the Deerfield Antique Car Show.

2006: DG 33Y Jean II received the matching grant from LCIF and turned it over to President PCC Art Thomas of the

2006: PCC Art and his son flew to Florida and drove the vehicle back to Hatfield in June 2006.

Spring 2007: PDG Jim and PCT Dennis took the consensus for the exterior decoration of the EyeMobile and had it professionally applied to it.

June 2007: the screening equipment was installed on Monday the Fourth, the EyeMobile performed its first screening at the Dalton Lions Carnival on June 9th. The volunteers were from Pittsfield and Cummington Lions.

Through June 2010 the 33Y Lions EyeMobile has traveled nine thousand miles to more than 150 events to parade and to screen the vision and hearing of more than 4500 persons within the four Western Counties of Massachusetts. Our EyeMobile is wholly owned by the Lions of District 33Y. It is equipped with state-of-the-art instruments operated by

Lion volunteers to screen for blood pressure, hearing at three frequencies, distance vision, glaucoma by emitting a pulse of air against the eyeball, and a digital retina imaging and recording system which is reviewed by volunteer professionals.

These image results are mailed to the customer.

Clerk of the Corporation:PDG Pam Hodgkins

Our EyeMobile has a vision acuity screening device for distance, blood pressure screening, hearing acuity screens for lowest loudness (decibel level) at three pitches: 1,000 Hz, 2,000 Hz, and 4,000 Hz (frequencies of sound) are heard, glaucoma screening (a puff of air is directed into the eye to test the pressure in the eyes), and a Non-Mydriatic Retinal Camera (that means the irises don't have to be dilated) which takes a picture of the back of the eye, which detects macular degeneration, glaucoma, druisis. The picture from the camera is sent to a specialist for review.

Get the Manual Reservation Form